My father remarks (with good reason) that whenever I travel I usually claim to want to live in whatever place I’ve visited.  This – with the exception of Iceland – is true, though by “live there” I generally mean on a temporary basis, as in “I would like to live in Paris for a year.”  The exceptions to this (meaning places I could live in on a permanent basis) are few: New York City is one.  London is another.

I may be jumping the gun a bit as I base my opinion on a very short visit, but it would appear that Sydney, Australia could join the list.  Here are a few reasons why (there are many more, but I’ll hit upon the main ones to keep this at a respectable length)

English-speaking. Not necessary, but helpful in those moments when your brain is tired and mentally conjugating one more damn verb is a bridge too far.

It’s Londony/New Yorky.  There were moments when, were someone to pull a blindfold from my eyes and scream, “Where are you??”, flustered and startled I would blurt out, “Oh my God, I’m in London – why are you yelling?” 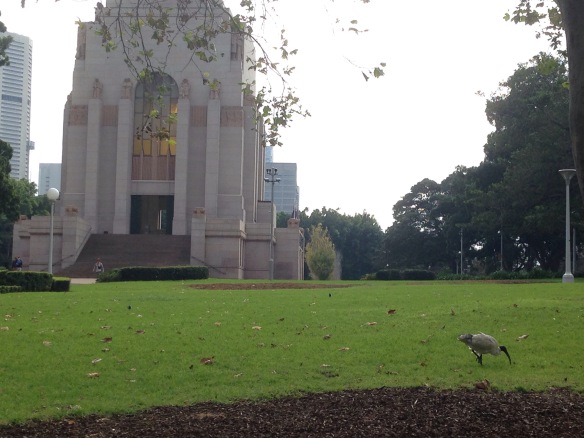 I snapped this photo of Hyde Park on a brisk Australian winter’s day thinking “Oh look, Hyde Park,” – until…oh wait, there’s an ibis.  (see him in the lower right?)  And tropical vegetation.  So yes, it is Hyde Park, but the Southern Hemisphere version, all Londony until you see it isn’t. 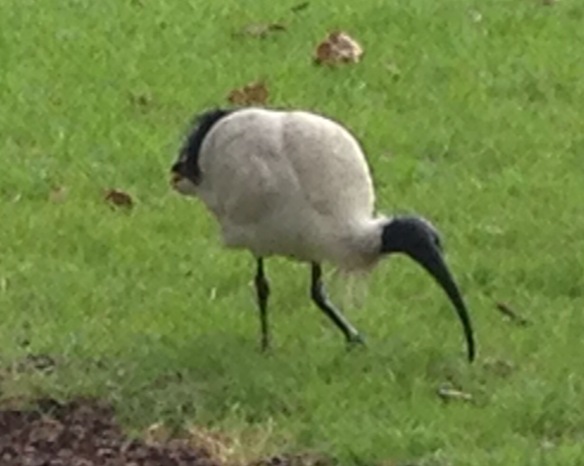 Ibises.  The pigeons of Sydney, though there are real pigeons too, and parrots, and magpies, and all kinds of birds I’d never seen in a city.  I enjoyed the docile, sweet-tempered ibises, though my host in Surry Hills, who I shall call Matt because that’s his name, grimaced when I mentioned the wonders of seeing an ibis in a city park.

“Were they grey?” he asked.

“They’re supposed to be white.”

And come to think of it, yes, they did appear disheveled and in need of a nice, long bath.

Tea.  They love it and know how to brew it.  Enough said.

Coffee.  They do a bang-up job with this too, though with a bewildering variety of names: long black, macchiato, short black, flat white, After much discussion I settled on flat white as the best for me and I never looked back. (Note: here is a description of a proper Flat White: “a shot or two of espresso with steamed milk and no froth in a regular cup.”)

Multi-Culti.  Have no fear: you will have no trouble finding curry or pad thai or kebab chow mei fun.

The Opera House.  The Big Ben, the Eiffel Tower and Empire State Building of the Southern Hemisphere, iconic, instantly recognizable.  It is so bold, so well-proportioned, yet startling, that I marvel it exists at all.  Good on you, Committee Who Decided, for going out on a limb and choosing this daring design. 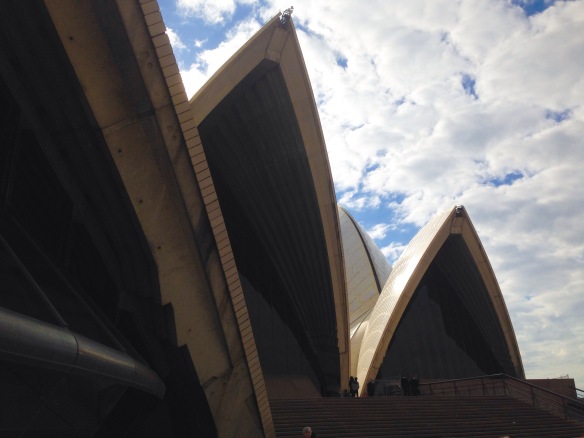 Climate.  I experienced the brutal Sydney winter, during which some inhabitants went about wearing scarves, gloves and long coats though I found a light wind-breaker sufficient for the pleasant, chilly low 60s F with a touch of rain, like London in March or New York in early April.  I have no clue what the summer would bring, but by most accounts, it brings flowers, gorgeous sunny days and tanned beach bodies.

Featherdale Wildlife Park.  Because this happened: 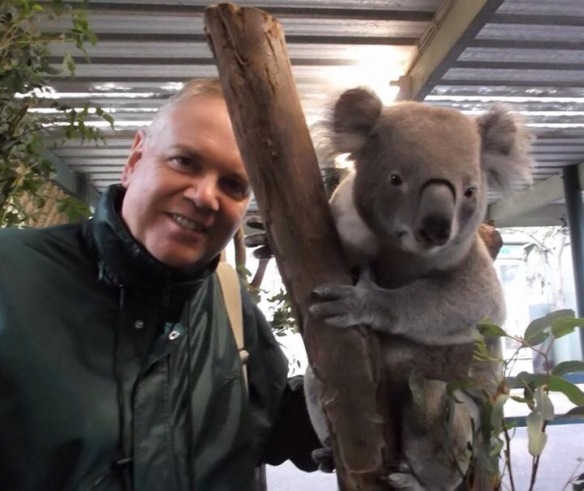 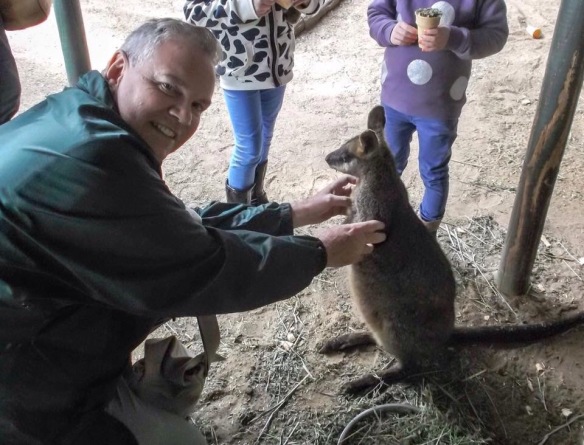 Australians.  They have Australians in Sydney.  Lots of them (though I saw not a single Aborigine in the city). Not as brusque as New Yorkers, nor as aloof as Londoners, they appear to be a warm, contented and – happily for me – talkative bunch.  I’ve long enjoyed the company of Australians whenever I’ve been thrown together with them.  They’re fun.  I think it has something to do with their national origins as a convict with no aristocracy, nothing to prove, and no reason to be a snotty bore.

So there you go, a short list of things I like about Sydney based on a few short days.  My nephew who has been here for months is heartbroken to leave, as I imagine I would be too.

And now for the things I don’t like about Sydney.